Just found this pic that Belle made of me working on the Machinebeats :) 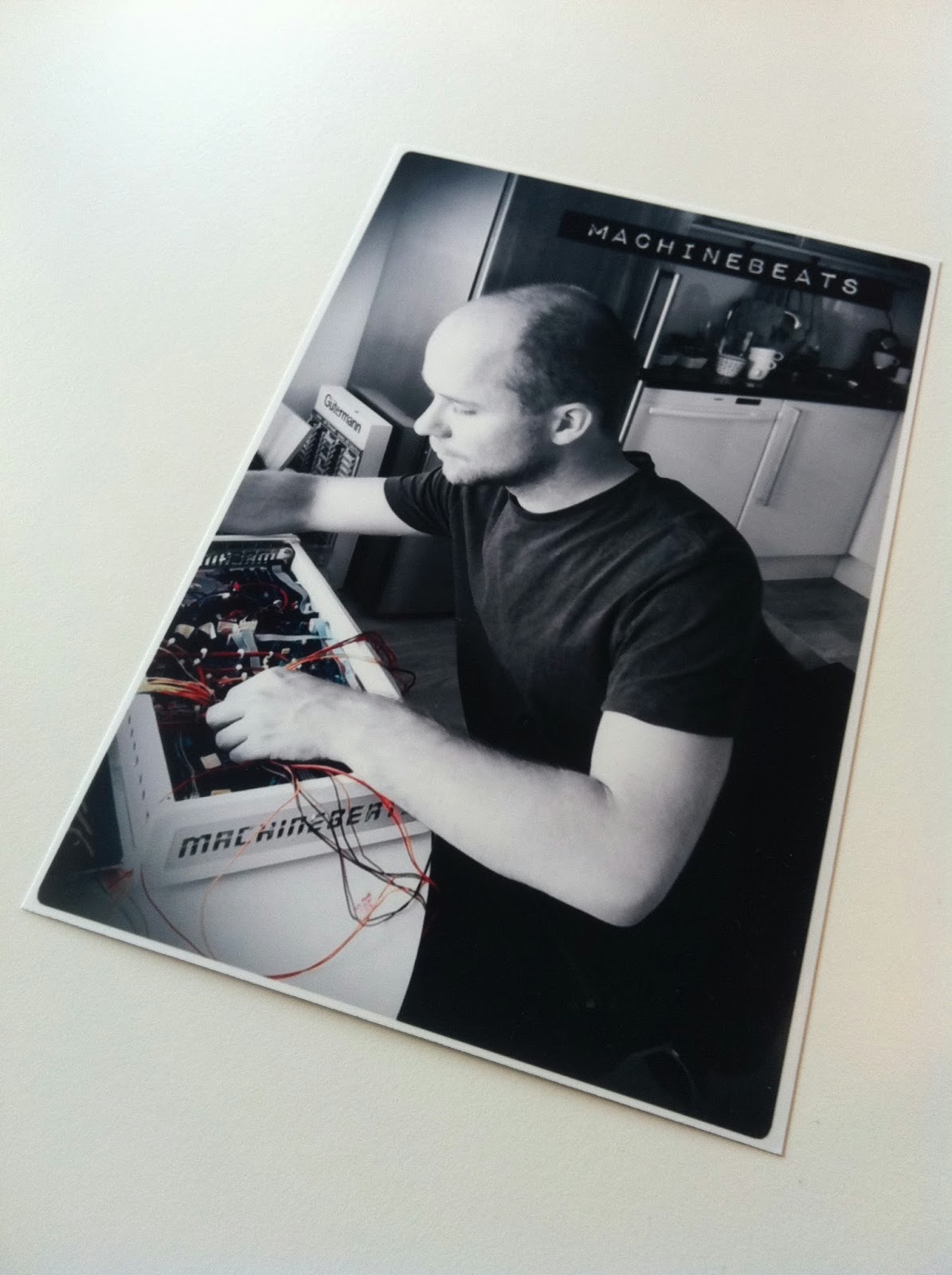 As I've finished the Introspectiv 9090 (909 clone), the so909.blogspot.com blog will not be updated any more. It's also about time I moved to a more general blog, as the latest posts are not related to the 909.

To continue following my company and my projects, check out A to Synth!
Posted by Joakim at 13:58 No comments:

Just did something cool - I used a logic probe and decoded the PG-200 protocol :) I've identified the address of every switch, button and potmeter. However, since two of the rotary switch shafts on my PG-200 are loose, I have to get the multimeter out and do some measuring of the various position to verify that some of the logic measurements are correct.

The manual says that the dataformat is asyncronous serial start-and-stop. The PG uses a 0 as a start bit and 1 as a stop bit (or stop period, as it runs untill a new start bit is encountered).

The data format is 9 data bits, no parity. The 8 first bits are address or data bits, the 9th selects either data or address. 1 is address, 0 is data.

Each potmeter sends two frames, one with the address and the second with the value
Switches are sent as three frames and are grouped as they only require 1 bit per state (or two for up to four states as is the case with the rotary switches). The first frame is the address of the group, the second is a bitmask saying which bits in the third frame to look at, the third frame is the state of all switches within that group.

From experimenting I've figured out the following:
The output from the PG is inverted, 0 is high and 1 is low
The bitrate is 31.5kb/s, which makes sense since the transfer line is connected to the same data RX line as the MIDI in (which of course is also 31.5kb/s

I will add the addresses and bits in groups for all controllers as soon as I have decoded the last rotary switches.
Posted by Joakim at 14:41 11 comments:

Time to adjust the synths list. Some new ones have entered the "has" list, some drop out of the want-list (I don't really need both the OB-Xa and the OB-8, or the Juno 6 AND 60) and a few new arrive. 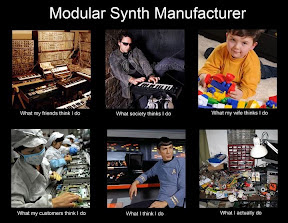 From now on I will probably not post much about the Machinebeats. Instead, I will post the progress of the modular. A lot has happened that has not been documented, but the current state is:

Right now I am working on the small circuit boards that will hold the pots and various front panel parts. Tonight the pots circuit boards, measuring 20 * 22 mm, are finished.
Posted by Joakim at 15:40 No comments:

"I'd almost lost hope that it would ever be finished" the exhausted project manager told, mere hours before the end of the year. "It's already one year late, as the engravings on the bottom says '2010', so it HAD to be completed today".

The drum machine, which is a clone of the classic Roland TR-909 synthesizer, is built on top of the circuit boards adapted by Trevor Page from the original Roland schematics. Putting it all together in such a small box, and designing everything from the control circuitry to the display and input system, as well as doing all the necessary programming, has proven way more time consuming than expected. Indeed, when asked in 2004 when the Machinebeats would be finished, the answer was "maybe next year". This became the standard answer for the next half a decade. "That just makes it even better to publicly announce that it will indeed NOT be next year after all!" says Joakim, before diving back into making cool grooves on his beat machine.

So what is the secret behind success in a project like this? "Dedication, curiosity, fun and most importantly, sticking with the plan" says the proud constructor. "Everything - aluminum panels, display window, the powder coated steel box etc - is based on an initial 3D drawing made way back in 2004. Without that detailed plan, getting everything to match up would have been a nightmare". And indeed, looking at the sketch today, it looks remarkably similar to the end result.

And what about the final cost, you may ask. Will taking this route be cheaper than buying the original, which with its price of more than NOK 10000 is out of reach for many a poor musician? "Unfortunately not", mr. Tysseng says, refusing to tell us the real total, "not even if you exclude the cost of the countless hours it has taken. It is more likely that you could buy at least two of the original for the price of this one. But where's the fun in that?"

As his biggest project so far has finally reached its end, what will the DIY artist do in the future? "Oh, it's not like I will have any problems filling my spare time. I have at least two new projects going on, and an even bigger one in the planning stages" he replies, blinking.

With this in mind we leave the inventor, and will certainly keep our eyes open for cool new stuff from the amazing little lab in the small house on top of the bigger house. 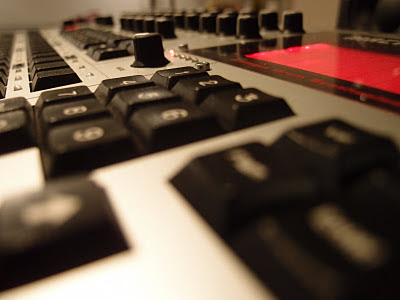 I'm a mostly self-taught electronics enthusiast. I like the process of creating hardware from scratch, and usually end up not using the finished product once it works. So far I've created a midi controller (das kontroller), a TB-303 clone (well, I've soldered it and designed the enclosure, the hardware design is from oakleysound.co.uk) and I'm currently working on a TR-909 clone where the analog hardware design is by Trevor Page and the digital parts - sequencer and controller, are my own designs. My background is as a computer engineer, with some classes in analog/digital design. I've never done any hardware design professionally.